Thanks to all those who braved the wind yesterday to have a go at the competitions.  I have a few others to catch up with from April, so here we go:

There were no mishaps, which really reflects the flying this year so far (there’s still time for this to change!).  Well done Glyn for having a go, it good to see some new names entering this year.

Again as the name suggests a cup is mounted on the top of the model and filled with 48 drips of water (official measurement of CDMFC).  The pilot must take off, complete a circuit and land.  Double points are awarded for completing a loop.  This competition really tests the steady smooth pilot.

Well done Matthew – brave the loop next year and you would have been in the top 3!

Pretty self-explanatory these competitions!  Yesterday saw the Scale flying competition.  Pilots had to complete 5 standard elements (Taxi, Take off, straight flight, procedure turn and figure of 8) followed by 5 of their choice that matched their models ability and full size manoeuvres.  Then just a matter of landing (easier said than done yesterday!  Sores were out of 10, and then multiplied by a K factor against their difficulty.

Thank you to Don Coe and Richard P for being judges on the day, there was some really good flying displayed due to the conditions.

The 1st Thermaliser competition took place and the little models really handled the weather well.  Although this competition does not count towards the overall club competitions it was great fun.  Neil recorded a flight in excess of 15 minutes yesterday (although not in the competition!) which we think is the current record.

The conditions were very changeable, but there were thermals moving through which gave some varying times.  Let’s hope for better weather at the next event!! 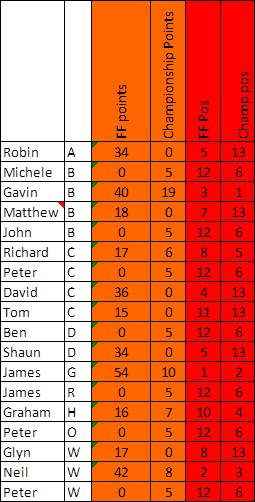